Teddy Roosevelt said it best, “Do what you can, with what you have, where you are.” I never cease to be amazed at the things that people accomplish when armed with limited resources and a genius mind. Great story.

Its been a minute since I’ve heard some new D-Black material. A lotta independent emcees are all about their “bars” and although Black has lyrics for days I always thought that what sets him apart is his songwriting ability. His records are always focused and authentic with that distinct city edge. Something to be appreciated in a game dominated by hip-pop artists. His new EP Mr. October Returns is a study in the tried and true formula of dope beats and rhymes. With heat from notable producers Illmind and Khrysis and Black’s G-with-a-degree lyrical perdigree, its hard to be mad at this effort. 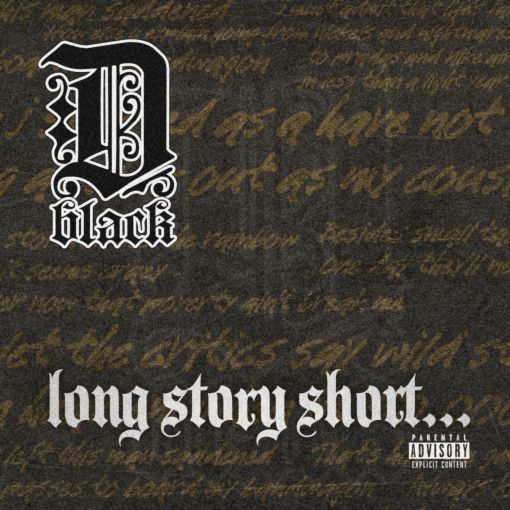 The homie D-Black just recently released his new EP, Long Story Short. Normally I’d offer up some sort of review but since its my boy and I’ve watched him come up and “pay his dues,” I’m not sure how objective I can be. So I’ll just play distributor on this one. I will say this, the dude is a prolific writer and works hard at his craft. Co-signs and collaborations from respected artists/producers like Illmind, Nottz and Little Brother don’t hurt either. I’m just sayin…

Peep the press release below and download if you feel so inclined:

Long Story Short… is the long awaited EP from Bronx rap artist D-Black, who has collaborated with the likes of Rapper Pooh (Little Brother), Skyzoo (Duck Down Records), Chaundon (Hall Of Justus), and producers such as Illmind, Nottz, DJ Babu, and countless others. After dropping his first mixtape, New Black City, D-Black went on to complete two blog series, Mr. October Series, and made features on mixtapes hosted by DJ Green Lantern and DJ Dutchmaster. Long Story Short… is a compilation of D-Black’s material recorded during the period of late 2008 and early 2010 that has not been released or is considered “rare” records. Producers who contributed to this project are Illmind, Epik, Matik, and Lab Ox of Roc Nation. For all updates regarding upcoming projects such as the Success Story album, show dates and times, and all other information, please follow D-Black (www.twitter.com/dblack408). Thanks for your anticipated support!

Interested to hear what you guys think so feel free to leave a comment when you’re done giving it a good listen.

Whenever Black and Matik get together they make magic. This record is no different. I’ve already threatened them with bodily harm if they don’t put out more joints together. I’m expecting more heat when the next album drops. For now I’ll keep Tonya Harding on speed dial and thump this ’til my tape pop.