New J*Davey goodness. Not much more needs to be said.

I can’t lie, I was extra skeptical when I saw Paul Wall‘s name on the track listing for Jilly’s latest greatest. Needless to say, I couldn’t have been more wrong. He totally bodied this song. This is definitely my favorite record on the album. Kudos to the A&R who pulled this one off. 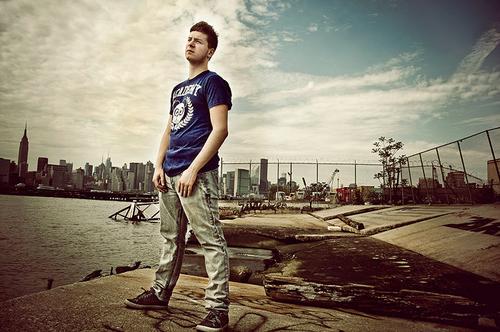 So I get these email blasts from DJ Bri-G from time to time pushing new records for radio airplay. Some are better than others and he’s pretty good about keepin’ it real when asking for support on a somewhat suspect record – not just asking for a favor but moreso to think outside of the box. That’s something to be appreciated in a game where a lot of good people are forced to compromise their musical integrity to boost that bottom line. Now, usually after pushing the record he adds some hilarious or reflective story about what’s going on in his life. The kid’s pen game is sick. But I got a blast a few months back where he took the time out to really push this particular record, Feel Tall, from an artist named OnCue. I sat on the link for a minute but eventually found the time to give it a listen and was more than pleasantly surprised.

I appreciate artists that are down to Earth and seem comfortable in their own skin. They tend to make the kinda music that I can relate to. Now OnCue, or Cuey as he calls himself, is not your typical rapper. At first glance, he’s just a scrawny white kid from CT with a chip on his shoulder. Not much of a connection there, save the scrawniness. But his music exudes the pain, struggle and triumph reminiscent of any inner city kid whose been through something in his life. From his urgent, yet patient delivery, down to his husky voice the kid’s sound just seems familiar. The video for the song only made me feel the record more. Check it out below. I think this kid has a chance to be something special.

Diva Lounge/Singersroom alumni Elle Varner comes through with what should be a hit record. Digging the old school vibe and video treatment. But most importantly, Elle can sing her azz off.

Another great record from the classic mixtape/album Return of 4Eva.

Nothing like a good song to make sexy tiiiiime to and with this new record, Misstery, my good friend Raye 6 doesn’t disappoint. The video compliments the song nicely as well. Very tastefully done.

I have a circle of friends that really keep their ears to the streets/tweets. So fortunately I get put on to a lot music as they seek out my opinion of certain records. This particular record was sent to me a while back by the homie, long-time industry insider b.dot waller. I def respect his ear, so when he asked me to check out this new track from eccentric Brooklyn MC Mr. MFN eXquire I jumped at the chance. Huzzah is an homage to the days of gritty NYC beats n rhymes with a comedic edge reminiscent of his inspiration, the late great ODB.

Dope documentary put together by Hennessy artistry bringing together a bevy of your favorite artists live on stage to the backdrop of the Legendary Roots crew. Makes for a great organic music experience. Directed by Thibault De Longeville of ‘Just for Kicks‘ fame.

Full video here or here (for the non FB heads).

My new iPhone addiction. Its like having an MPC in my pocket. Best 20 bucks I’ve spent in a min.